Home Featured What you’re seeing… This Blog of Mine 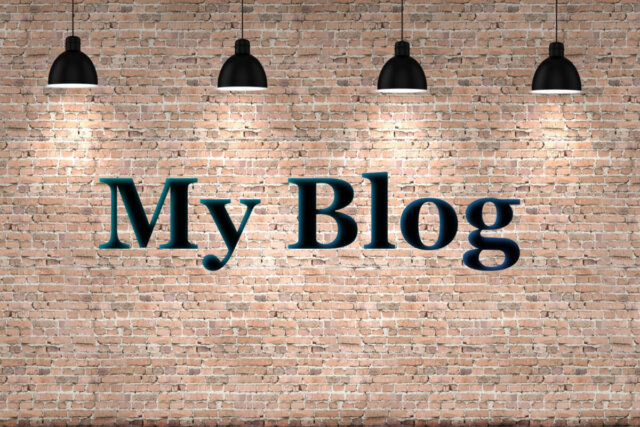 This Blog of mine….

After a 9 year hiatus from posting on a blog of mine, I’ve decided to return. Why? Well, Giuseppe Mazzini says it best:

The world is a changing. And ^not for the better… at least not in the short term. In the short term massive disruptions will occur as we transition from a unipolar world dominated by the US and its allies to a multipolar world spearheaded by Russia and China.

In order to create the new, first we must destroy the old. We must bring the machine crashing down. How, you ask? Well….

Cultivate A Habit Of Small Acts Of Sedition

It is not easy being someone who cares about the world and opposes the status quo. It’s a series of disheartening failures and crushing disappointments amid an endless deluge of information saying that everything is getting worse and worse.

The environment keeps degrading. Ruling power structures keep getting more and more controlling. Capitalism gets more and more imbalanced and exploitative. World powers get closer and closer to a mass military confrontation of unspeakable horror.

And what do we get when we try to oppose these things? Letdown after letdown. Politicians we support lose their elections, often after brazen interference from the very power structures we’d hoped they’d oppose. Political organizing breaks down in sectarian infighting. Activist leaders get caught up in sex scandals. Agendas we helped push for fizzle into impotence. Power wins time after time.

What passes for “the left” in the English-speaking world is basically either controlled opposition or a glorified online hobby group. Or both. The real left has been so successfully subverted by power that the mainstream public doesn’t even know what it is anymore; most think the left is either a mainstream political party that’s wholly owned and operated by the empire or a loose bunch of vaguely related ideas like having pink hair or saying your pronouns. The left really has been so successfully dismantled that it has almost been purged from memory.

Every time, at every turn, power wins and the people lose. After a while it starts to feel like you’re bashing your head against an immovable object. Some people fall down after a few hard bashes. Some don’t get back up again. Others keep bashing away, becoming harder and harder and more and more miserable and neurotic the longer they go at it.

And most people don’t even know any of this is happening, that’s what can really make it hard. You talk to your loved ones about what you’re seeing and they just get uncomfortable or look at you like you’re crazy. They don’t see the problems you’re pointing to because none of the places they’re getting their information from tell them it’s happening, because the powerful control those information sources.

As Terence McKenna put it, “The cost of sanity in this society is a certain level of alienation.” And as Marshall McLuhan put it, “In the land of the blind, the one-eyed man is a hallucinating idiot.”

And it sucks. No matter how you slice it, it sucks. It sucks watching this massive juggernaut slowly devour your world and see everyone’s attempts to stop it fail, and to have most people in your life not understand it or even see what it is you’re pointing to.

Well, no. Not right this moment anyway, and not by yourself. The machine’s far too big, far too entrenched, and its control over information systems means you’re not going to get help from other people in the numbers that you will need them. It’s just you and a few others against an entire globe-spanning power structure.

But that doesn’t mean you are powerless, and it doesn’t mean there’s nothing you can do. It just means you’re not going to be single-handedly knocking out the bad guy and saving the world in some grand, ego-pleasing way like an action hero in some stupid Hollywood movie.

What you can do as an individual is cultivate a habit of committing small acts of sedition. Making little paper cuts in the flesh of the beast which add up over time. You can’t stop the machine by yourself, but you can sure as hell throw sand in its gears.

Giving a receptive listener some information about what’s going on in the world. Creating dissident media online. Graffiti with a powerful message. Amplifying an inconvenient voice. Sharing a disruptive idea. Supporting an unauthorized cause. Organizing toward forbidden ends. Distributing literature. Creating literature. Having authentic conversations about real things with anyone who can hear you.

Every day there’s something you can do. After you start pointing your creativity at cultivating this habit, you’ll surprise yourself with the innovative ideas you come up with. Even a well-placed meme or tweet can open a bunch of eyes to a reality they’d previously been closed to. Remember, they wouldn’t be working so frantically to restrict online speech if it didn’t pose a genuine threat to the empire.

Do this, and then relax. Don’t expect yourself to save the world on your own. You’re only human, and there’s only one of you. You can only do what you can do, and humanity will either make the leap into health or it won’t. Just exert influence over the things you can exert influence over, and outside that little sphere of influence you’ve got to let go and let be. Don’t put any unfair or unreasonable pressures on yourself.

Perpetrate regular small acts of sedition, and then surrender to whatever life brings. I personally see many reasons to hold out hope that we can bring that machine crashing down together one day.

All of the posts dating from before this post here are from my previous blog that I shut down back in 2013. From thousands of posts I’ve selected just a few that are not necessarily political in nature for the most part, but rather of a feel good variety along with also being some of my favourites. I’ve done this because I felt I needed some filler to get things rolling, and how better to start a blog than with interesting, thought-provoking, heartwarming, soul quenching, and inspirational posts and videos.

“Bringing you information, opinions, and views on the socio-political scene since 2008”

Above was the tagline on my homepage that says it all on what my old blog was all about. This one will be more of the same, beginning with 2022.

So as Confucius said: “The journey of a thousand miles begins with a single step.” Let our journey begin with this first step. And in doing so remembering always my favourite mottos with respect to my philosophy on life: “Never Give an Inch” and “Damn the Torpedoes, Full Steam Ahead!”

Yanis Varoufakis: We are living in a post-capitalist dystopia