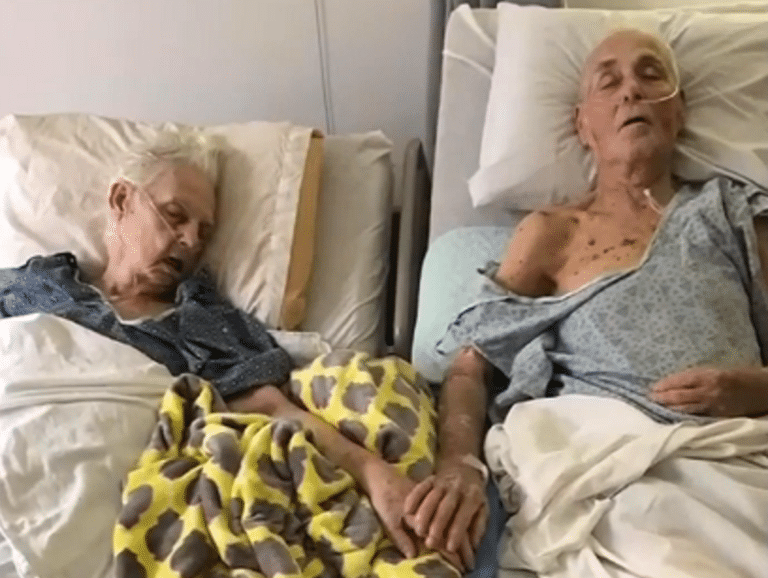 For one Iowa couple, true love lasted until the very end.

The couple was hospitalized after a car accident just outside of Marshalltown, Iowa. They were given a shared room in the ICU where they held hands in adjacent beds.

At 3:38 pm last Wednesday, Gordon’s breathing stopped. Though he was no longer alive, his heart monitor continued to register a beat.

The nurse told Gordon and Norma’s son, Dennis Yeager, that the monitor was beeping “because they’re holding hands, and [Norma’s heart beat] is going through them,” Dennis recalled in an interview with Des Moines’ KCCI news station. “Her heart was beating through him.”

Gordon and Norma’s children say they’re glad the couple passed this way. “They just loved being together,” says Dennis. “He always said, ‘I can’t go until she does because I gotta stay here for her.’ And she would say the same thing.”

Love and compassion are necessities, not luxuries. Without them humanity cannot survive.

US Hegemony Threatens Us All